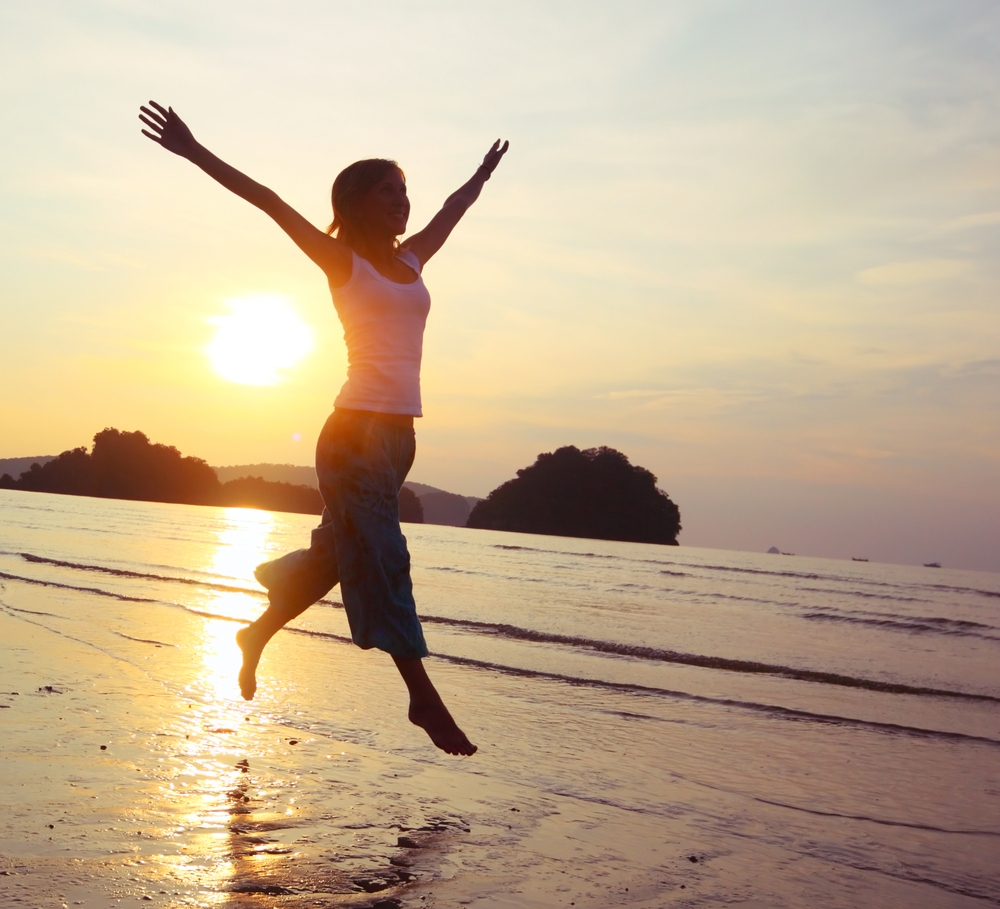 “Eventually, all things merge into one, and a river runs through it. The river was cut by the world’s great flood and runs over rocks from the basement of time. On some of the rocks are timeless raindrops. Under the rocks are the words, and some of the words are theirs. I am haunted by waters.” ~Norman Maclean, A River Runs Through It and Other Stories

Healing after the death of an unhealthy relationship or marriage (or a couple of them in my case), I have discovered, is much harder than it looks. There is a reason why people say it takes about 2 years post divorce before you’re really in a position to entertain the thought of a new relationship.

I am learning that for me, this past year and a half of healing has been a lot like training for a marathon. Lots of work, lots of conditioning, lots of progress. But it really isn’t until you start running the marathon that you can determine whether or not your training was enough.

As you start to run, the areas you may have overlooked begin to reveal themselves.

You start to feel the effects of both the training you did, and the training you may have missed. Maybe you focused really hard on building your stamina, but you forgot to work certain muscle groups necessary to carry you through the whole race successfully.

In the same way, dating after divorce reveals the areas you still need to work on. Putting yourself out there and taking the risk to try again after such a traumatic failure is brave; but it opens you up, not only to another person, but to yourself.

The damage of the past 11 years of unhealthy relationships in my life has once again been unveiled for me and quite frankly, it’s been pretty difficult to watch.

At the same time, it’s been pretty enlightening.

People always say, “The first few relationships you have post-divorce don’t usually work out.” I agreed with that and understood it to a degree, but as I have tested the waters a bit more, I’ve come to really understand that statement in a new light.

Those first relationships don’t fail because the people are necessarily bad or wrong for you. Maybe that’s true too; but ultimately I think they tend to fail for a few different reasons than what I initially thought.

I’m an “all in” kind of human. Everything I do, I do it to the fullest. As a result, I succeed big, but I also fail big.

I can honestly say I am grateful for my big failures because they truly do shed light on the dark places that still need work.

It’s little things that reveal those hidden wounds, but no matter how much healing you’ve done post traumatic relationship failure, you really can’t see the full effect of it all until you start “running” again. I’ve realized that while I am an all in person, particularly with my heart, the wounds of the past have left me a bit more scarred than I wanted to admit.

The symptoms of that come out in various, unexpected ways; but it has become so clear that it is because I gave myself no time to heal after the first round that I ended up in an even worse situation for round two.

So I refuse to do that to myself or anyone else again.

Walking through that pain and having to fully feel the weight of those wounds is difficult to say the least. It’s easier to just not do it. Some people “don’t do it” by actually not doing it and swearing off new relationships. Others, like me, throw caution to the wind and “don’t do it” by just blindly jumping into something else hoping it all works out.

It’s why I just went ahead and dove head first into another relationship after my first failed marriage hoping that if I gave enough of myself to this one, he would give that much back and somehow that love would heal me. Rather than doing a little training before trying to run a marathon, I went from couch to 25k and destroyed every muscle in my body.

That round was enough to wake me up. That ravishing on my body, heart and soul were really simply too much to even consider diving back into anything for a long time. I couldn’t even stand up for a while, much less try to run again.

A year and a half of emotional rehab and training later, I’m jogging. But even jogging has revealed my weak spots and it hasn’t been as smooth as I wanted it to be.

The thing is, if you never get back out there and you never try again, you’ll never know if you can do it and you’ll never give yourself the opportunity to get stronger in those areas. For some things, the only way to do it…is to do it.

Sure it’s hard. Yeah it’s messy and a little embarrassing. It’s painful to watch for the ones who love you, and it’s even more painful to be the one enduring it. But I have come to realize that if you want to find a healthy love, you have to both take the time for yourself to heal, and then get back out there and exercise those muscles a bit.

You don’t know until you try. 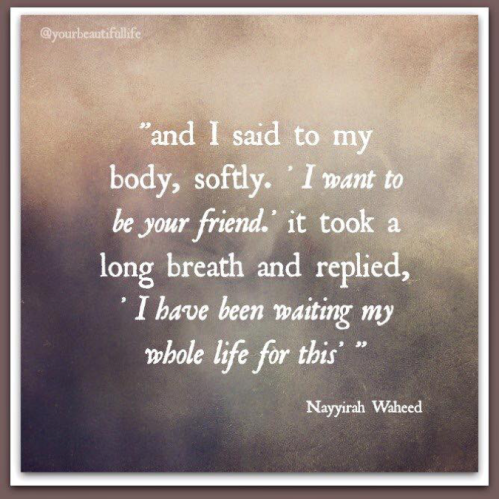