Motherhood has been the single most beautiful gift I’ve ever been given. If you’ve known me long or read basically anything I’ve ever written, you know I love being a mom and my boys have given my life purpose and meaning.

With each passing day I am learning, however, that this shit is hard. 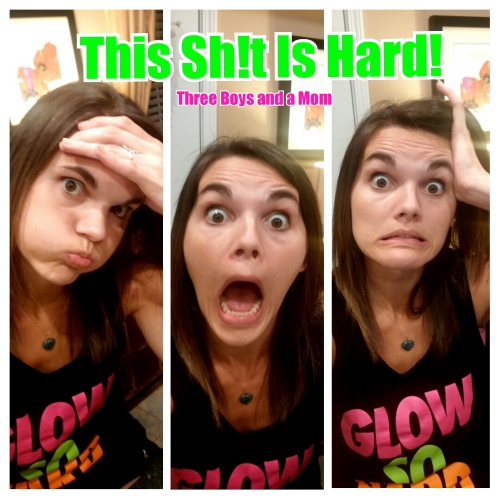 People tell you things about parenthood before it happens to you and you believe them. But you don’t really understand it until you put your feet in those shoes for yourself and see how hard they are to walk in.

The thing about writing this post right now with my children only being 3, 3 and almost 2 is that people with older children are eye rolling so hard they just saw their brain. They’re thinking to themselves, “Oh darling. You have NO idea. Buckle up.” And they’re right. I get it. But all I have as a reference is the past 3 years I’ve been at this myself, and I’m just here to say, this shit is hard.

As a parent of any kind, there are relatively few breaks. But as a single mom, there are almost literally no breaks at all.

I bring the boys to the nursery when we go to church.

They sleep a few hours each night.

I even occasionally have a babysitter or my amazing and wonderful parents who step in and give me a few hours to myself when they can.

I’m grateful for all of that. But for the most part, there are zero breaks; and every now and then that gets heavy. 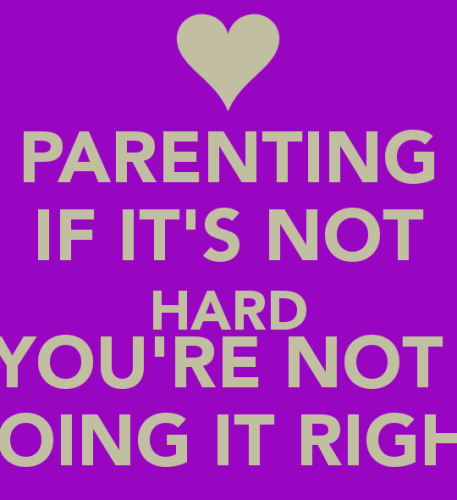 My youngest has been sick for the last 5 days with what feels like no end in sight. He’s mean and ornery and cranky and miserable. The other 2 will likely get whatever he has because, ya know, that’s just what happens no matter how hard you try to prevent it. On top of deathly sicknesses, we have changed daycares again (ultimately a wonderful thing, just stressful in the interim) and my ex has decided parenting isn’t so much something he has to do really ever, unless it’s convenient. And even then, it’s doubtful we will make the cut of priorities on his list.

So here we are.

As parents, regardless of how tired you are or how much you need a break or a vacation, life continues and you have to show up for it. At least most of us do.

So that’s what we do.

But this shit is hard.

I am touched out, felt up, question and explanation overloaded. I do not want to break up not one more fight over who is holding the toy or who got the cup someone else wanted. I do not want to hold anyone. I’m sick of poopy butts. I want more than 5 minutes without someone screaming and crying. I don’t want to say anything like “Get your hands out of your butt,” “Get out of the trash can,” or “Stop hitting him” another time. I’d like a full night’s sleep. I’m tired of cleaning up messes every 3 seconds. I don’t want to coerce anyone into eating something that’s just going to end up on the floor anyway.

I don’t want to look forward to going to work because it’s the only time there’s some kind of peace and quiet. I’m tired of giving all there is and then some. I don’t want to argue with someone about whether or not they should poop on the potty or in their diaper in a corner. I’m tired of constantly telling someone what not to do or to put their listening ears on. I’m tired of feeling like I’m screwing my children up for life with every wrong move I make.

I want a few minutes (or maybe even days) completely worry free.

I know none of that is realistic no matter what the circumstances are. I know it all sounds horrible and selfish and like I’m a whiney, ungrateful brat. I know I’m not supposed to say out loud that some days I just want to be left alone and not have to think about the millions of balls in the air at all times. It’s not appropriate to say every now and then I don’t even want to be called mom.

It makes people uncomfortable to read these kinds of things, and honestly, it’s making me uncomfortable to say it because I love my babies more than life itself and I wouldn’t change a thing if given the chance.

But I think if we are honest, we have all had these thoughts at some point or another.

Parenting is hard. Whether you are the mom or the dad, have a partner who helps, co-parent with someone, or do this 100% on your own all the time, this shit is just hard.

I don’t usually feel totally depleted and when I do I only give myself about 15 minutes to throw this pity party and then I move on.

But I’ve decided that although pity parties are weak sauce and it’s usually only a party of one who comes to the event, we have to be allowed to say the truth out loud sometimes. And right now, the truth is, I want an effing break.

I wish my children’s father understood the importance of his role and made an effort. I wish he was reliable and that he ever saw his sons so that I could have a break that didn’t cost me money and favors and stress. I wish there was a schedule I could depend on. I wish I had about 12 more hands and that money grew on trees. I wish there were more hours in a day and that I could run on no sleep. I wish I didn’t feel the need to complain about petty things like this on occasion, and I wish I had a super hero cape that didn’t get torn and dingy and unable to fly.

But I’m just human like the rest of us, and I’m just saying what we all think some days.

These thoughts don’t last long, but they’re there every now and then. And you know what? That’s okay.

Because this shit is hard, and sometimes we just have to be able to say that out loud to each other.

So there. I said it. Now carry on parents!

I’m headed to hug my babies to rid myself of the guilt I feel for thinking and saying such things.

Follow Three Boys and a Mom on WordPress.com
Join 18,487 other followers