If you know me at all or have read much of anything I’ve written lately, you know that fall is my absolute favorite season. It makes me feely and whimsical. It sort of settles my heart a layer lower in my chest and I feel everything deeper.

Fall is my season.

It brings me to life.

Everything good happens in the fall. 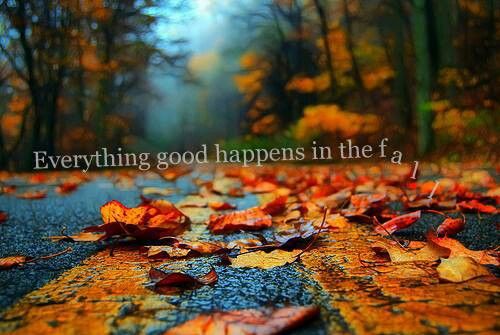 But here lately I have noticed a sadness in my chest as I watch my favorite season sort of float by once again with a piece of me missing.

As a single mom on the tail end of this lengthy, painful, frustrating divorce, it’s easy to want to blame that sadness on my ex-husband. To jump to the conclusion that this emptiness comes from the fall of my love and the loss of my marriage.

But that’s not it. Not really at least.

I of course feel a sense of sorrow when I think of all he’s missing. But that’s nothing new.

I feel a little angry when I think about his half-assed attempts at convenient fatherhood as he takes my sons to a pumpkin patch with his new girlfriend instead of me. But she’s not who bothers me.

I feel an inner heaviness when I walk outside in the chilly October air wishing I had someone beside me soaking in the beauty with me. But being alone isn’t the problem.

I want the dream.

I want a family. A real family.

I tried to create that where there was nothing. I tried to build a life and a love with someone incapable of sharing that life and love with me.

As a result, I’ve taken a look at the patterns of my relationships over the last many years and I’m realizing that so much of it is still the same. The desires of my heart are so strong that they sometimes over-power my head and my ability to make wise choices inside of a relationship.

When I start to feel anger and bitterness toward my ex-husband for “robbing me of my dream,” I realize now that I am the one who robbed me of my dream. I am the reason I am spending another fall “alone.” It was me who tried to build my dream with someone else’s hands. It was me who ignored the fact that our shapes weren’t right for each other; yet I continued, desperately trying to shove the square peg into the round hole.

I recently sort of tried to do that again.

Why when I feel like such a strong, mostly independent, confident woman do I become such a mess when something that looks like a potential relationship comes along? Why do I still fall into those same patterns of abandoning myself and trying to create something with someone else that just isn’t there?

I am not desperate. I’m not willing to settle. And I don’t need anything from a man.

I want it all though.

I want it so bad, just as I always have; and as a result, I sell myself short and try to make things work that just really don’t.

I’m also learning that just because something doesn’t work out, it doesn’t mean anything is wrong with either person. It just simply means it wasn’t the right thing, and that’s ok too.

In the midst of these lessons and realizations, I inevitably circle back around to the reason I am having to learn them.

I feel like I’m trying to learn how to fly while simultaneously trying to grow roots. It’s hard. It’s uncomfortable. And quite frankly, it’s frustrating as hell.

I want to be mad at him. I want to hate him for not being all the things I needed him to be. I want to yell at him for abandoning me and abusing my heart and breaking my spirit. I want to be bitter that he’s moved on and I’m still struggling. I want to feel a little sorry for myself that it’s my favorite season of the year and rather than taking my kids on hay bail rides through pumpkin patches with the love of my life, I’m doing it alone and he’s doing it with his new girlfriend. I want to blame him for everything.

He didn’t love me the way I loved him. No one has.

But I finally get that that’s not anyone’s fault but mine.

It’s not my fault because I suck or don’t deserve good love or that anything is fundamentally wrong with me.

It’s my fault because for too long I have believed those lies and therefore tried to create love where there was none. I’ve tried to build the life I want with the wrong people out of fear of being alone. I’ve allowed my romantic little heart to lead me down unhealthy roads and to act in unhealthy ways.

I lost myself in this journey toward love I began so many years ago, and I’ll never find myself searching for me in someone else.

It all starts with me.

My beliefs. My behaviors. My patterns. My choices. My pain. My wounds. My past. My responsibility.

That’s all mine. It’s up to me to see these things. Feel these things. And then do the right things with them this time around instead of trying to find someone else who will hold it all for me because it’s too hard to do it myself.

I’ve got no room in my heart left for another “season” of this misplaced love and these same issues that keep circling me back to the same lonely place. This same lonely fall.

Since my separation I’ve said, “I’d rather be alone forever than be in an unhealthy relationship.” That’s the truth. I mean that with all I am. But I am realizing that I still have a lot of work to do on me in order to avoid that pit fall.

It won’t be until I become completely whole within myself that I will find the right person.

When I let go of all my dead leaves, when I release my own fall, then I will be able to move into the next season. Then, I will be ready for the love of my life to move into it with me.

Sometimes we learn the most on the way down. I’ve had a lot of messy seasons, but I still believe that everything good happens in the fall.

Follow Three Boys and a Mom on WordPress.com
Join 18,486 other followers