Each night, our routine looks relatively the same.

That “get dressed” part has become more interesting as all three want to pick our their own clothes and dress themselves. The older two have gotten it figured out pretty well. The younger one…not so much.

He wants to be big so bad. So I let him pick his clothes out and I sit next to him every night, enduring the painfully tedious process of watching him struggle to dress himself; pulling the pants on and off; getting both legs stuck in the same hole; twisting them around and inside out; and then becoming frustrated as he cries, “These pants not working!”

If I try to help, he gets mad.

So I step back and watch, stifling my inner screams of wanting to just take over and do it for him to speed up the process and make it easier on us all.

When he does his shirt, I get it started by handing it to him a certain way that makes it easier for him to get his head in the right hole, increasing the odds of landing his arms in the right place too.

Sometimes when he’s struggling or stuck, I discreetly reach my hand over to help. I pull the shirt down, or hold the arm out. Subtle things he won’t notice but that, if I didn’t do, could keep us there for hours.

When he finally gets it, he throws his arms up in the air and with the proudest smile on his face says, “I DID IT!!! I did it mytowf!!!”

I squeeze his little body and say, “You sure did buddy! You worked so hard and you did it yourself!”

The truth is that at least for right now, he still needs a little bit of help. He thinks he did it all by himself; and sometimes he did. But much of the time, I’ve guided him in some small way. Sometimes he knows, sometimes he doesn’t.

Regardless of how much help he may have needed, there’s never a time that I interrupt his celebration of independent success by stealing his thunder and saying, “No son. Actually, you didn’t do it by yourself. I helped you. Without my help, you’d still be naked and crying.”

Eventually, he will get it completely on his own. Someday (pretty soon), he won’t need my help at all-discreet or otherwise. There will come a day that after all his effort and all his trying and all his learning and growing, he will get both his shirt and his pants on without one stitch of help from his mama.

I’m no less proud of his success now though.

He’s no less determined or successful with my help than he will be without it.

Sure, I don’t want to help him get dressed forever. But for right now, it’s just fine that he needs my help and that even with that help, I allow him to think he’s doing it by himself.

As he gets older, his needs and my role will shift.

His challenges will become more mature as he does. His struggles will increase in some ways and decrease in others. But no matter how independent and successful he becomes on his own someday, he will always be my son and I will always be waiting to lend my hand if he needs it.

That’s what parents do for their children.

It’s what God does for all of us. 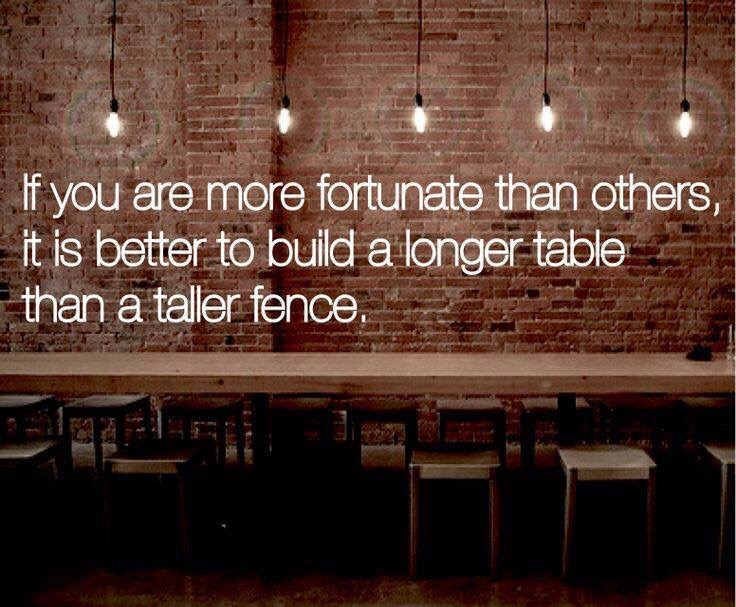 We are never fully doing anything completely by ourselves, and we weren’t meant to.
We are not islands and God never intended for us to be capable of handling everything in this life on our own. That’s not to say aiming to do as much as we can on our own is not necessary; but it is to say that offering and accepting help in seasons of need is a part of life.

Many of you know my particular situation during this season of my life, and many of you don’t. So for those of you who don’t, I want you to know and understand that I am not an island. I am not doing this journey 100% on my own. My parents have, in an enormous way, been “helping get my twisted shirt on” since I separated from my husband. God has been doing the same.

I currently live in my parents home. (Gasp!!! Are you breathing?)

I am and have been making efforts to change that and finally be able to say that I am “doing this myself.” But right now, I am still in a position of needing their help.

Their help, guidance and support is the reason I have been able to heal and slowly recover from the consequences of my own poor choices in my past. It is because of their outpouring of Godly love for their daughter that I am finally more able to “dress myself” correctly.

If I didn’t have them to extend their hands to me through this season of unsteadiness and instability, I’m not sure where we’d be. I’d have figured it out. I know that without a doubt. But I find it important that you all understand my single motherhood has been covered in their love and support.

I view this season much like watching my son get dressed.

I’m doing the majority of the heavy lifting on my own. I have no support in any capacity from my ex-husband, and everything falls on my shoulders. Yet, I have a family who has come alongside me and not left me to pick up the broken pieces alone.

My parents have stood in the gap left by both my ex-husband, and my poor choice to marry and have children with him. While I am 100% responsible for my children, my parents have an active role in their lives as their grand-parents. While I pay all my own bills, right now my  paycheck doesn’t stretch far enough to also put a roof over our heads on my own.

And so my parents have reached their hands out and guided me into my “clothes.”

Turns out some people don’t think you’re too ferocious as a mother if you live with your parents. To some, that takes away my right to call myself a single mom.

I share this information now because I have always been 100% honest about my life. I have chosen to open myself up to the world in a very personal way, and as such, I feel it’s necessary to disclose all the details.

My belief is that we are all here to help each other. That God gave us each other for a reason. That we were never meant to do life on our own.

I always strive to include all of those; yet I do write and share from my own individual experience.

That doesn’t negate or take away from the millions of versions of single parenting and the various scenarios those parents find themselves in, just as my particular current scenario doesn’t throw me out of the “single parent” pool.

I have a passion for helping others, even as I need help myself.

My hope is that through sharing my experiences; the good, the bad, and the ugly, that I can encourage and empower others along the way. My prayer is that someday, there is an understanding of the truth that there is enough room here for all of us. That my experience doesn’t take away from yours, and if we allow it, our combined experiences can only serve to help each other further.

My dream is to someday soon be supporting myself and my boys 100% on my own, and I am taking steps every day to make that happen. It is also my prayer that I will be in a position to give back along this road.

I don’t think we ever become un-messy. There’s never a time we don’t need some help. And even if it’s not coming directly from our parents or other loved ones, we are never doing this life without the help of our heavenly father.

We are better together.

It’s okay to not be able to say, “I did it myself,” because even if you think you did, you didn’t. Someone, somewhere helped you, even if you didn’t realize it.

I am not an island, and I hope you don’t think you have to be either.

7 thoughts on “I Am Not An Island”