The other day I was at the zoo with the boys. It was a normal outting with the double stroller, Luke strapped onto my body in the ergo, and lots of luggage and supplies in tow. I’m sure it was hard to tell if we were a walking exhibit of the zoo or just visitors, but there was nothing out of the norm in my world.

The boys wanted to walk through the petting zoo and visit with the goats and an extremely old turtle. We get there and the guy says the stroller needs to be left outside and the boys would need to walk. No problem. I tell the boys to get out so we can go see the animals and one does so happily while the other decides he’s not interested in using his own legs right now and would rather use mine. After a few seconds of cajoling, I decided to assist them in hoisting themselves out of the stroller. Connor hops out excitedly while Ethan full on refuses to walk, so rather than dragging this out and causing a scene, I just decided to pick him up and hold him.

So I have Luke strapped to the front, Ethan on my left hip and I’m holding Connor’s hand. There’s a couple of blankets draped over my shoulders because of course we absolutely could not and would not ever leave our “B” alone. Its 90 degrees and I’m carrying 85 pounds of child. No biggy. We got this! We stroll through the gate to the goats and the worker looks at me as I, still holding Ethan in one arm, kneel down to help him pet a goat and says, “Wow, you look like super-mom right now!!”

I have to say it made me feel good and I did sort of feel a little super-momish that day; but the comment also made me think. What exactly is a Super-Mom? What qualifies someone to be deemed a super-mom? Who is Super-Mom?

I’ve thought about it and this is what I’ve decided.

She’s all of us! She’s the single mom with 3 kids, all in diapers. She’s the stay at home mom covered in spit up and poop wondering if she should be doing more with herself. She’s the working mother who slaves 40+ hours a week at an away job, missing her babies all day long and wondering if she’s doing the right thing, just to come home and slave away at home. She’s the exhausted, worried, stressed out woman trying to keep way too many balls in the air. She’s the woman who puts her children first, no matter what the cost is.

She’s the throw up queen, the poop princess, the bedtime story champion, the tantrum fighting warrior. She’s the one up in the middle of the night tending to a rotation of needy babies. She’s the woman who never has any time to herself because she’d rather be with her kids anyway. She’s the teacher who doesn’t have children of her own but loves ours as if they were hers.  She’s the woman who wonders if all she does goes unnoticed or matters to anyone. She’s the struggling girl working over time just so she can pay her bills and still feed her children. She’s the woman up late at night planning activities and packing bags for the next day’s events. She’s the tired mom who feels guilty for letting her kids watch too much tv.

She’s the woman who’s children run into her arms over anyone else’s. She’s the one her babies want and light up for when she enters the room. The one they say, “I love you” to. The one who’s kisses make everything better. The one who’s hand makes them feel brave. The one who’s heart beats outside her chest.

She’s confident, she feels worthless, she doubts herself, she feels guilty all the time, she’s proud, she’s lonely, she’s strong, she’s brave. She makes the hard choices and does the hard things for the sake of her kids. She’s the woman who gives everything she has and all she is to someone else and never asks for anything in return.

The truth is, no matter how super we feel on a day to day basis, in the eyes and hearts of our children, we will always be super mom. Because we are theirs. Super mom is simply the woman who loves her children with all her heart and would do anything for them. She’s home to her children and a light to the world.

Here’s to you, Super-Moms! 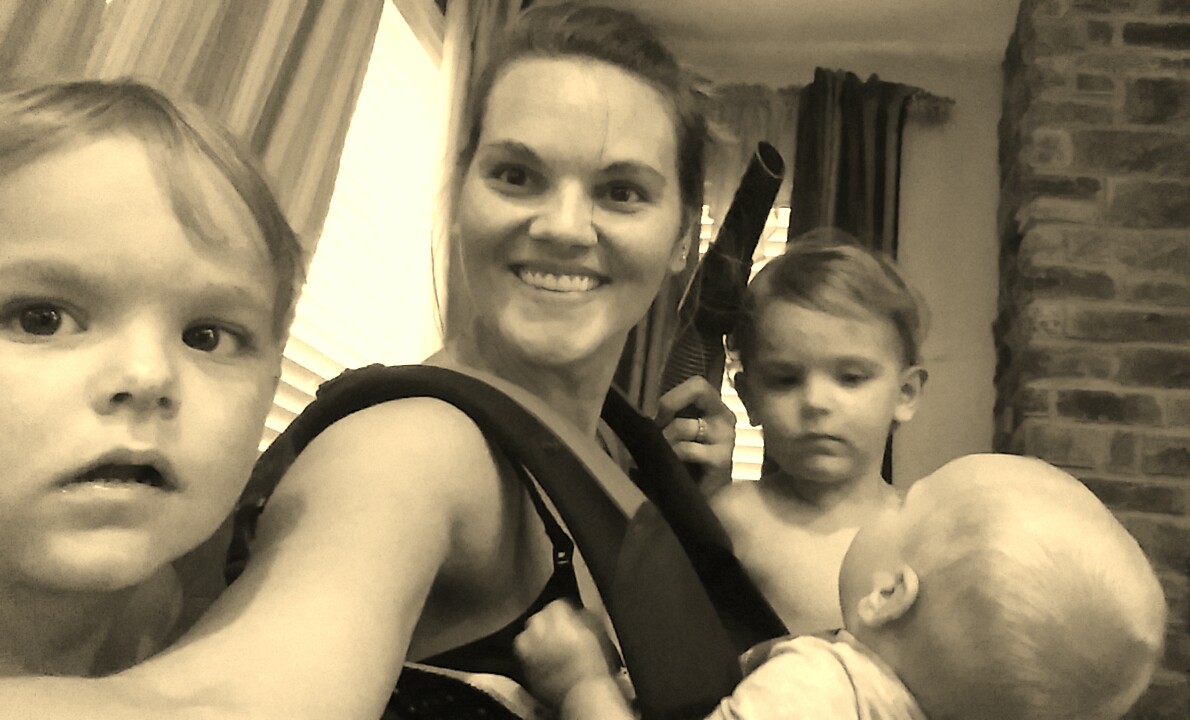